How Netflix Has Fulfilled Its Promise To Deliver More Original Content 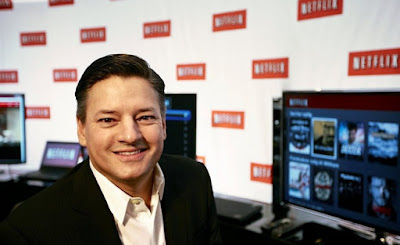 About a year ago I read an article where Netflix Chief Content Officer Ted Sarados promised that the streaming service would deliver more, in fact, double its original content. I thought to myself...'this is crazy talk! There's no way that's possible'. Now sure, they had a few big names shows going for them, 'Orange Is The New Black', 'House Of Cards'...but I never could have imagined that they would continue their dominance in a time where major networks still rule the airwaves.


I think what is working for the company is truly allowing their employees the freedom to create the content that they actually want to deliver to their audiences. There's no episode number restriction, no particular guidelines in how your show needs to flow and most importantly they let you think outside of the box. But not in a cliche, 'false promise' kind of way. On multiple occasions actors, writers, directors and comedians have praised Netflix for giving them the ability to create the art that they've always wanted to create. Aziz Ansari, Chelsea Handler and The Duffer Brothers, the creators of Netflix current 'binge worthy' craze 'Stranger Things' are just a few to voice their appreciation for the company.

All this to say, when something is genuine and filled with the heart that the creator poured into it people tend to notice that. There's no formula, no magic concept or perfect casting that can ensure a shows success. Viewers can see through the bull and are beginning to want more from their viewing experience.

** A few of my favorites Have been 'The Fall', 'Scrotal Recall' and
'Master Of None'.