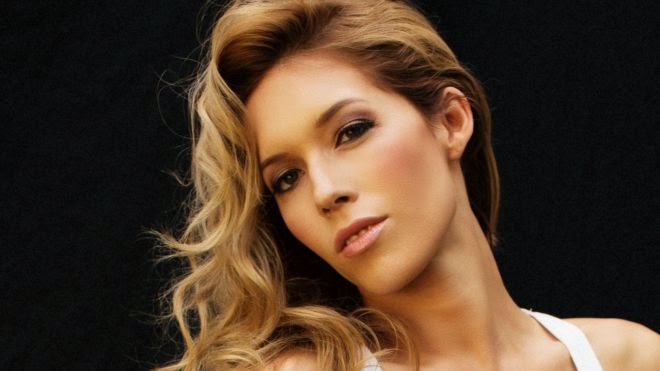 Strong, beautiful, and adventurous are just a few of the words that describe professional stunt woman Alicia Vela-Bailey.  And while you may not know her, you most certainly know the movies she has worked on behind the scenes to make them look badass: the Underworld series, Avatar and most recently Divergent, just to name a few! Since getting into fitness, I've been fascinated with the power and control that the body can have, so I was super excited to chat with this lady! Check out our chat here!

How did you get into the world of being a stunt double??

The thought of becoming a stuntwoman had never ever crossed my mind. Growing up in Hawaii, I was put into gymnastics and dance at a very young age. I was a level 9 competitive gymnast and it wasn't until my sophomore year of high school when I was told I had to quit gymnastics because of an elbow injury. It was very devastating for me. But because of that I switched my focus to dance, and I loved it! One day out of the blue, my friend Nito Larioza called me up and asked me to fly out to Los Angeles to audition to stunt double for the lead actress, Milla Jovovich, for the movie Ultra Violet. And it wasn't till then that I realized, oh right, actors have people to do the real dangerous action for them. I had never really thought about it much before thats why. Watching movies you just think, oh wow that was a cool move, or fight. It never crossed my mind that, that was a stunt double doing the really cool stuff! Thats how I booked my first job in the stunt industry. After that, I didn't realize I could make a living doing stunts so I went back to dancing for a bit. Moved out to LA to pursue my dancing career and ended up booking one of my first dance auditions to be a Pussycat Doll. I then moved to Las Vegas to perform in the Pussycat Doll show at Caesars Palace. I did that for 8 months and then got to call to audition for James Cameron's movie Avatar. After I booked that job, my stunt career took off! Its crazy because I had never thought of doing stunts before, stunts found me I guess. But I feel very happy and lucky it did because I love this job!!!


What sort of training do you do before embarking on a role?

Well it all really depends on what the stunt is. Not all preparation is the same . For the film Divergent, we had about 4-5 weeks of training and rehearsals. And while we were shooting we continued to train and rehearse when we had the time. This film had such a large variety of stunts, you wanted to make sure you were in good shape, healthy and ready for anything. We had our own little boot camp going on for us and the actors, to make sure everyone was in good shape and prepared for all the action that was in the film. And on the day of filming you just have to know that things might change last minute and conditions might not be exactly what you thought they would be. Rehearsing a stunt is one thing, but on the day of filming you have props and wardrobe and set pieces that might make the action a bit more difficult to do sometimes. So being able to adapt to any situation always helps. Just have to stay focused and not let anything distract you.


What's the scariest stunt that you've ever done?

I'd have to say for the craziest thing I've had to do was for the movie Divergent. I was doubling Shailene Woodley who plays the main character Tris. I had to stand on a ledge of a 68 ft building and jump off with, no wires, into an airbag. I had to do the jump about five times to get all the different camera angles they wanted. This jump was the most thrilling thing I've ever done! I had never done a jump from that high before. The film was shot in Chicago. And the day of the shoot was very windy outside, so finding my balance before I had to jump was a bit difficult. I was thinking "please don't fall off this ledge before Im supposed to! hahaha" I would look down at where Im supposed to land, tell myself to just breathe and focus on what Im about to do. Nothing else matters at that moment, and then my head gets really clear and thats when I know Im in the zone and ready to leap off the ledge. It was scary and fun all at the same time!

What inspires and motivates you?

Music and film inspires and motivates me a lot! I've always been a dreamer, so growing up Id always get lost in movies and my imagination. Dreaming and wishing I could do the same things the characters did in the films,but in real life. And now I actually am doing those things, which its pretty crazy and cool to me. Music plays a big part in motivation as well. No movie would be as good as it is without its music, its a plays a big part of making the movie magic to me. Even some directors will play different music while filming a scene to get everyone in the mood of that scene. Its amazing what music can do.


What advice would you give to a young woman who wants to do what you do?

I would say to keep training in whatever your passion is, wether it be martial arts, gymnastics, dance, track, motocross, ect. Everyone needs at least one major area that they are good at and can excel in. You must be versatile as well and willing to learn new skills. For me gymnastics and dance helped me out a lot in this business. Gymnastics is not easy, and it can get frustrating at times. But it can also be so rewarding! It was scary at times as well, but you learn to trust in yourself and overcome your fears. Which you do a lot of in the stunt business. Gymnastics works your mind and your body. Dance is another activity that promotes a strong and athletic physique. There are so many different styles of dance like: Jazz, hip hop, ballet, modern, contemporary, ballroom, break-dancing and more! In dance you use so many different muscles, its a total body workout! And along with the cardio, theres also a lot of stretching to help you stay flexible which helps out a lot too. But one of the most important things to have in this business would be an uplifting and positive attitude always. It makes you more pleasurable to work with and to be around.

What do you love most about what you do?

Doing stunts is a very exciting job! No one day is the same, it keeps you on your toes. You get to do all the cool action in the films that everyone wishes they could do. Its almost like having super powers of your own, just nobody really knows about it. And I get to travel around the world to places I may have never had thought of going to.

Thing to do during your downtime:

Since my job can be very stressful at times, in my down time I just like to relax. I love just chilling out by the pool or going to the beach. taking my dog for a walk or hike, and I even love going to the movies!

Ooooo I am such a foodie!!! I love all types of food!! There is no favorite food for me, as long as its good food! I guess this would explain why Thanksgiving is my favorite holiday! LOL!!!

Place that you've traveled to:

I grew up in hawaii so I always love going back there to visit, but besides that I would have to say New Zealand was one of my favorite places to travel to, probably because it reminded me of hawaii!

Songs to listen to when you workout:

I love Michael Jackson! His songs will always get removing no matter where I am. I also enjoy some Bruno Mars and Journey.


You're involved in a lot of action packed movies! What sort of movies do you go to the theater to see?

I love all types of movies!!! comedies, action, horror, drama, romance!!! Im a movie goer for sure! I love making them and watching them! Its like an endless circle for me, LOL!
Posted by Rach at 6:52 AM