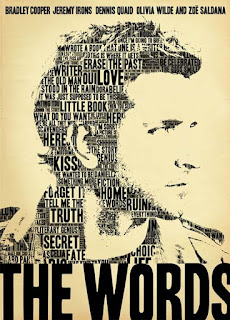 One would think with such a simple title that a a film like the upcoming Words  starring Bradley Cooper and Zoe Saldana would consist of an equally as simplistic plot. However, a seemingly unassuming story about an aspiring writer trying to create greatness on the page take some interesting turns when Cooper's character passes off someone else's work as his own.  The film really seems to show what can happen when you grown desperate to have your words read, even when they aren't your own.