My Interview with Samuel Larsen, the new Guitar-crooning, Jesus-loving Hippie on Glee! 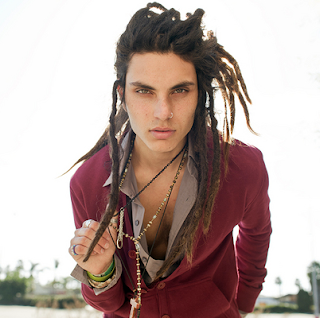 Samuel Larsen, winner of The Glee Project, recently took some time out to chat with RBR. In our conversation we talk about religion, hair and OF COURSE his big debut on Glee this past week! Sam plays Joe Hart, a former Homeschool student who joins the 'God Squad' at McKinley High and let's us all know that "Christians aren't just a bunch of door-to-door Bible salesmen." Check out our conversation here!

Your big debut on Glee was the Valentine's Day episode 'Heart'. So I've gotta ask, whats the most outrageous thing you’ve ever done for someone on Valentine’s day?

Yeah know, I keep it simple; Lovey-dovey and lots of gifts. And of course chocolate!

Now, you won The Glee Project, a show geared  at getting talent prepared to potentially be on Glee. How do you think it best prepared you for the show?

It's like a boot camp for Glee! You're under the pressure of going home.  There was always someone there making sure we were spot on!  It made the debut a LOT more scary.

Were there still things that you caught you by surprise?

Of course! On The Glee Project, it was more acceptable to mees up.  But when we're making an episode and it has to be perfect. So the days are LONG, but fun! It was a big deal to work with people you look up to.  It was intimidating. Everyone was really welcoming though and Diana was really welcoming and and said we're all one big family.

What advice do you have for the new contestants on the upcoming Season of The Glee Project?

Don't be afraid to put yourself out there. I always say, dare to suck. Either it's gonna be the best thing or the worst... there's no middle ground! 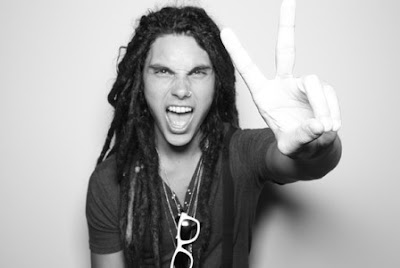 On the show, you really did put yourself out there and even performed on of your original songs. How much of yourself do you feel the writers put into your character?

Joe and I are completely different on how we handle things, but they definitely incorporated a lot of my personality into the character. So that was really cool.


So any hints on what to expect from your character?

Well, all I can say is, I'm really excited where my character is going. Glee is getting a lot more serious.


Was it weird to see yourself on TV?

It's definitely surreal!  I HATE watching myself, so it's weird.  It's like "I do that?!"  I feel like you always judge yourself a lot harder than someone else.

So how did you celebrate your debut episode?

I went to my parents and watched it with my family and my girlfriend. It was really nice!

After being on the show, how's it feel to have a whole new fan base?

It's amazing! I'm so grateful.  Not that long ago, I was an extra myself! So it's weird! It's so humbling and I'll never take it for granted.


How long do you get to prepare for the show?

It's about a week. But things change at the last minute so you're never really sure what's going to happen!


You really have a passion for music and seem to really enjoy songwriting. What's the best part about that whole process?

What's great is, I can write a song and sing it to myself or soneone I care about and feel fullfilled. And that's why I love songwrting.  You can have the worst day and write somonehting and it'll turn things around!

Since you're so into music, I’m curious...  What’s on your playlist right now?

So in the show your character Joe’s hair is pretty important to him that each dred is named after one of the 12 Apostles.. is ur hair that important to you and would you ever let it be cut??!

I DEFINITELY would! I think it would be cool if they wrote it into the show.


Lastly, if you could pick one song to sing on the show, what would it be??

Oh man... 'Wicked Games' by Chris Isaak..although I don't know who I'd sing it to! 'Stereo Hearts' was really fun tough. I'm a HUGE Maroon 5 fan, so that was cool.