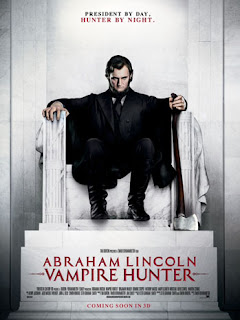 The teaser trailer for Abraham Lincoln: Vampire Hunter has just released and at first glance this looks fan 'bloody' tastic! Lincoln, played by up and comer Benjamin Walker takes the historical figure and places him in a whole other world (and that's an understatement).  The film was penned by Seth Grahame-Smith who also wrote the book. What do you guys this of this badass portrayal of 'Honest Abe' ?