Glee's Chris Colfer Makes his Move to the big Screen in 'Struck by Lightning' ! 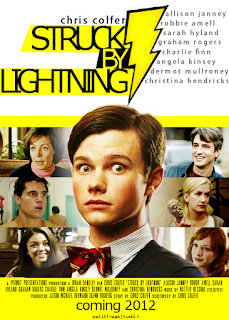 Colfer, who plays the super adorable Kurt Hummel on Fox's Glee has finally made his journey to the big screen.  In Struck by Lightning a film that Colfer not only stars in but also penned is the story of an outcast teen who blackmails his classmates into helping him with a writing project. While the film doesn't do anything adventurous by showing the story of the outcast teen does however strike a chord and really taps into the emotional core.  In the end, I just hope the film isn't riddled with cliches. If it can steer clear of that problem than it looks pretty promising!  Check out the trailer after the jump!