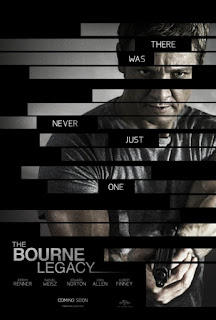 Alright, so I'll admit I'm not really into the whole Bourne movie franchise which stars Matt Damon. However, I must admit, the upcoming installment which will star Jeremy Renner (The Hurt Locker, Mission Impossible 4, Avengers) looks pretty badass!  And while Damon is not taking the lead on this Borne film, it's still in capable hands as Tony Gilroy, the original director of Bourne films has returned to direct. The brief glimpse at the film in this teaser trailer has me pretty excited to see this! What do you guys think??