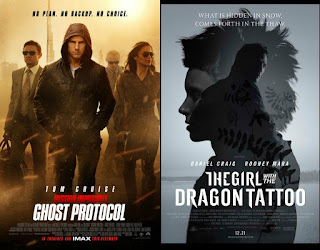 Tom Cruise's upcoming Mission Impossible flick Ghost Protocol recently released a new poster feat. the whole cast. Although it's a pretty neat group shot it looks pretty photoshopped and I think I liked the one of just Tom better. On the same note The Girl with the Dragon Tattoo  which stars Daniel Craig and Rooney Mara released a new poster as well  and again while this is a more creative leap than the Mission Impossible peeps took I still like the original better.  I was just grittier and fit the theme of the film more.

**Check out LARGER images after the jump! 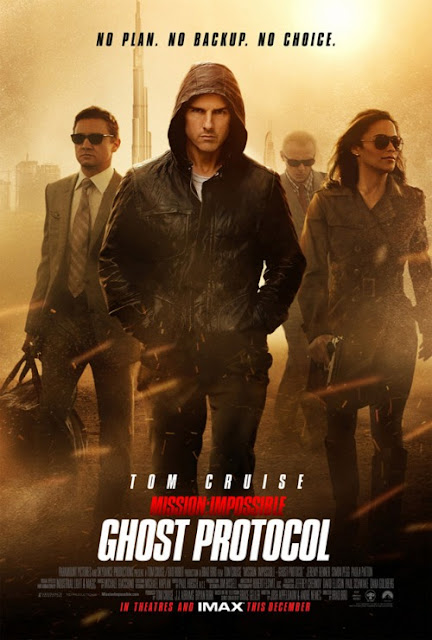 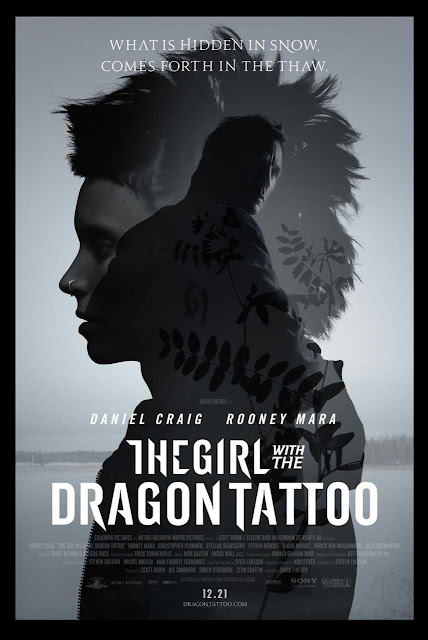