Emma Watson on set of 'The Perks of Being a Wallflower' 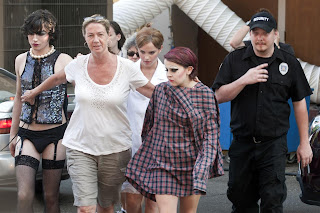 The famous book is now being turned into a film and has been filming in Pittsburgh, Pa.  This will be Watson's first lead role following the Harry Potter franchise.  The book covers many hard hitting issues of adolescents such as drug use, sexuality and homosexuality.  The set photos are from Watson preparing to do a Rocky Horror Picture Show scene from the film.

**More images after the jump! 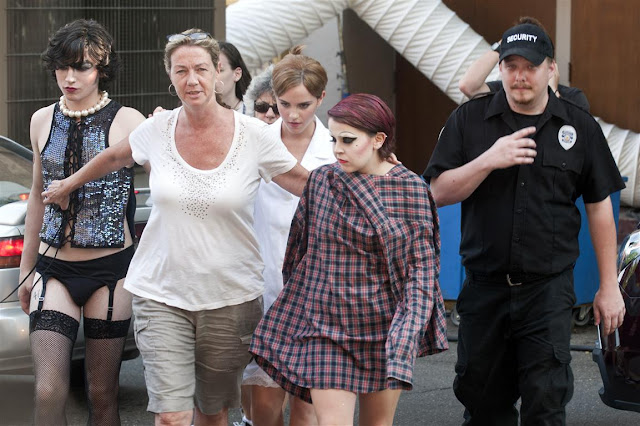 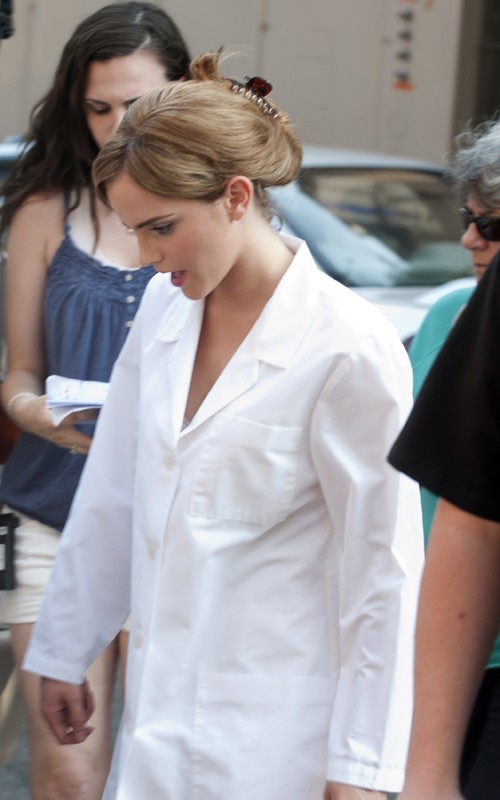