Throwback Video of the Week 3-18 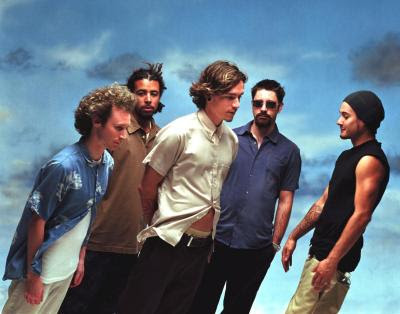 This week's Throwback Video of the Week is from one of my all time FAVORITE bands Incubus!  Their single "Wish You Were Here" was the first single released back 2001 off of the album Morning View which is responsible for my eternal love for these guys.  My love of for Incubus started as most of bands' that I'm a fan of, I had crush on the lead singer! duh! However, my love of Brandon Boyd front man for the rock group began to play in the background to the bands' music ( which is how it should be).  I have been following the band ever since.  Through a change is member which had the band embody a new sound after switching from bassist Dirk Lance for Ben Kenney who played on the Roots album Phrenology gave the and a funkier sound on their last few albums.  I have been lucky enough to see these guys on three different tours Morning View Sessions, A Crow Left to Murder, and Light Grenades and they are just as amazing live as they are on their albums!  I really like how both the song and video capture having that perfect moment and wishing someone special was there to experience it as well. Enjoy!

**Special thanks to Ashley Lynch for this weeks' Throwback Video
Posted by Rach at 4:21 PM