The Romantics: Another rom-com or worth seeing? 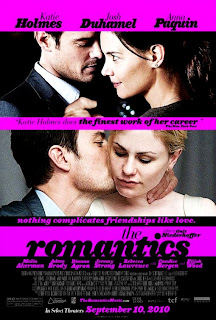 Anna Paquin back on the big screen, with Katie Holmes and Elijah Wood?  Seems like a strange combination but one that seems to come together nicely in The Romantics  a filmed based on the book by Galt Niederhoffer who also adapted the screenplay and will be directed the film.  Despite that fact that this scenario (someone is getting married but in love with someone else)  is your typical rom-com kind of movie it has a different feel to it.  It looks of Nicholas Sparks but feels more real and grounded than the fairytale worlds that Sparks tends to paint. Seeing Duhamel in a role where he doesn't have to play a complete tool is nice as well, especially since some acting chops lie beneath that pretty boy facade.  Another thing that sets this film apart is the involvement of the creator.  Whenever the creator is the one behind the project there is never any discrepancy in what they have in there novel and what they want to be portrayed on screen.  Originally Liv Tyler was set to play Laura rather than Katie Holmes but was later replaced.  In addition to acting in the film Holmes is a producer on the project.  Besides these big names the cast is rounded out by up and comer Dianna Agron (Quinn Fabray) from Glee.  Check out photos and the trailer here! 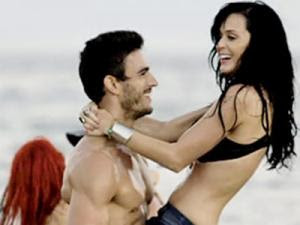 I certainly think so.  I wasn't quite sure what to expect as a follow up to "California Girls" but "Teenage Dream"certainly solidifies why Katy Perry is so successful as a Pop Artist.  The single is not only catchy but is actually well crafted and has a theme that resonates with a lot of people (and no I don't mean that Katy Perry is hot).  As far as the video, I was pleasantly surprised at how well done the sexy types of scenes were done.  They weren't as in your face as her previous video and that's what made it so great.  This video was just...fun.  If you haven't seen it yet check it out! 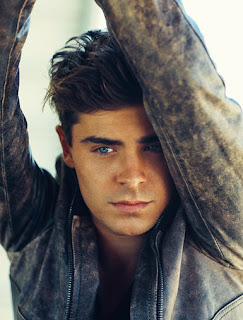 So who isn't talking about Zac Efron right now?  His movie Charlie St. Cloud was just released and has gotten fairly good reviews, he's still dating Vanessa Hudgins and well...he's just so darn adorable!  HOwever I'm not here to gush about Zac. although I could probably do so all day.  I actually found his photo shoot and article for the upcoming issue of Details pretty interesting.  Now here's someone really trying to shake to Micky Mouse image.  I don't necessarily thinks it's one of those scenario's where Zac is trying too hard to do.  It's a gradual change that has been happening over the past year or so.  The pictures and the article seem to show a more rugged and any Efron as opposed to one that dances and sings and wears...mascara.  I think that while he may not have fully developed and honed his acting chops that this guy still a lot of talent!  He is a great entertainer who hopefully has some staying power.  Check out the photo shoot and see if you dig Zac's new style.

Reality vs. Nostalgia...what shows from our younger years stand the test of time

So after recently watching Dawson's Creek for the first time since it originally aired I began wondering if the show was as great as I remembered (all that teen angst and "real" issues) they dealt with...does it still hold up or am I just nostalgic for a time in my life long gone?  A time when I wore Aeropostale and listened to 5ive.  And it got me thinking, what shows from our childhood and teen years really stand the test of time and here are some conclusions that I've come to.