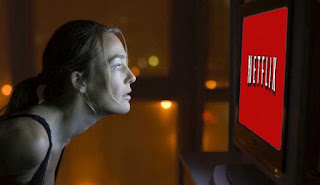 In the vast world of streaming services, web series, and tons of cable shows(for those of us who still overpay for a bunch of channels we don't use) it can be hard to sift through all the content out there. Ever since I took novel and film during my junior year of High School I've wanted to to be a movie critic. Like old school flip open a print newspaper and read the review for a movie you were looking forward to seeing because it was $5 back then, (which seems like a bargain these days!)and you didn't want to waste your money, kind of film critic. So thanks to the wonders of the internet I get to hop on my own platform and hopefully help shut out the noise and offer up some fun and enlightening content to binge watch! 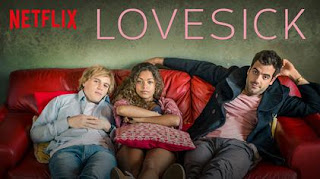 I absolutely adore this show! And side note, miss the original title (what's up with Netflix?).  The show follows a group friends through the ups and downs of their complicated love lives. And to add extra charm it's British! Even with the accents the show still feels relatable and you end up really rooting for everyone you meet. 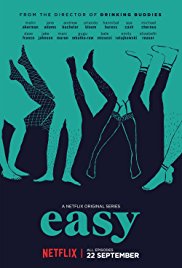 The series hails from 'Drinking Buddies' and dubbed king of mumblecore films' director Joe Swanberg. What's great about this series that follows a group of couples navigating growing plains in their relationships is that this feels really real.  It's like you're sitting in a room with your friends and shooting the shit, mainly because a lot of the scenes and dialog are improvised.


And lastly, 'To All The Boys I've Loved Before' 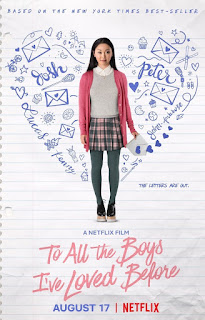 If there is a word to sum up this movie, it's simply, adorable. Everything about this movie based on the book by Jenny Han was charming. The story took me right back to my High School days. And unlike the darker tone a lot of teen dramas have taken  as of late, this was sweet, innocent but also felt very true to my High School experience. The high's had you at the top of the world and the low's felt earth shattering.

**Plus an extra bonus for me were the 'Sixteen Candles' references. 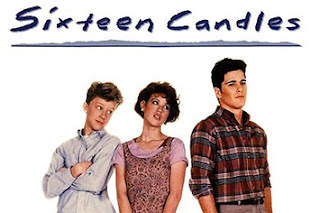