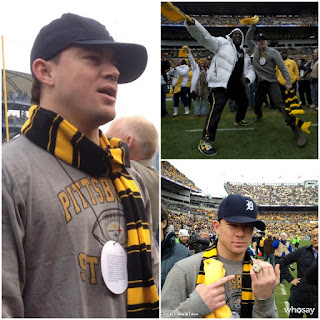 Sure, we all know the Channing Tatum that has smooth dance moves, hilarity in honesty and a romantic side in his recent film over this past year.  But as the year quickly comes to an end, I bet it's safe to say you don't the Channing Tatum that hits up local sports bars or gets the crowd fired up at a Steeler's game on a  crappy rainy day. However, the past two months the actor, best known for his role from Step Up has been in and out of the Burgh filming his latest movie Fox Catcher and has caused quite the ruckus and 'Chandamonium' while doing so.  And I don't think I'm alone in saying that the city is happy to have him! Check a fun video from Channing's time at the Steeler game and  some photos form his visit thus far, after the jump! 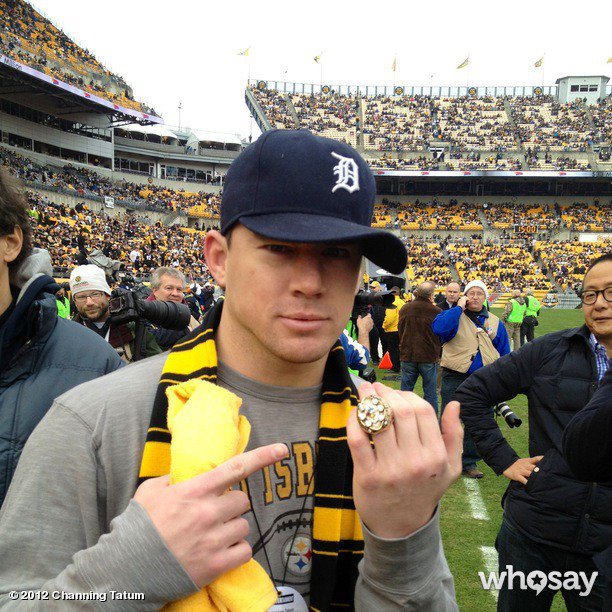 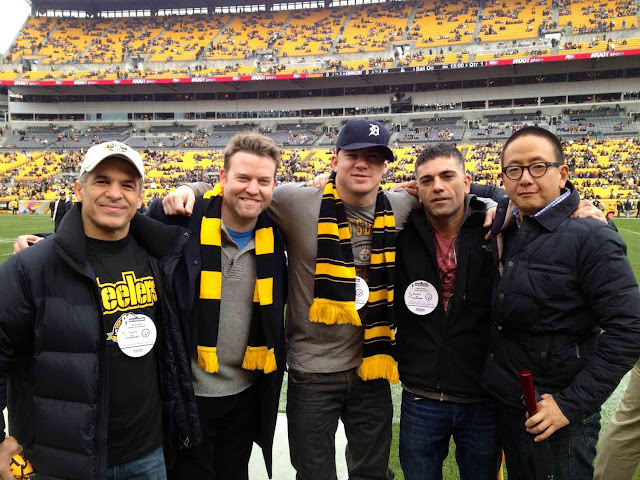 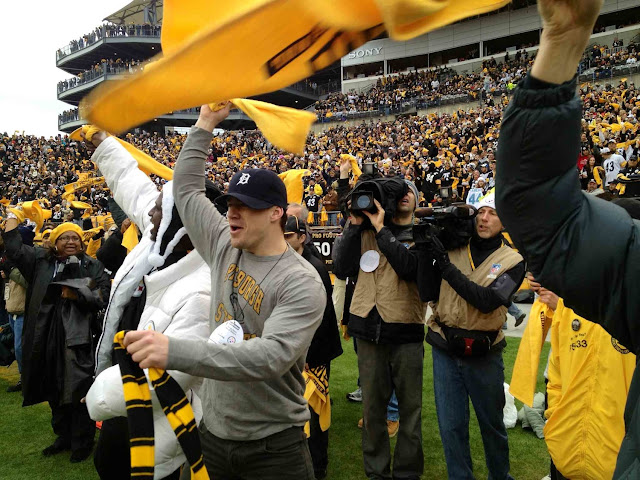