Glee Makes me Feel like I'm Living a Teenage Dream 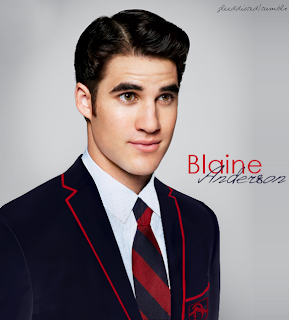 And to think, it all started with a blazer.... who would have thought our introduction to Glee's Blaine Anderson played by the super talented Darren Criss would lead to everything that it has.

Never before have we seen a character come full circle with a song that has so much meaning.  And not just to the character but to the actor as well.  On the most recent episode of Glee The Breakup we get to see Darren perform an acoustic version of Katy Perry's and in it's own way, Darren's hit song "Teenage Dream".

Besides the interesting arrangement of the song, the tone behind each performance of Teenage Dream on the show truly makes each version unique. While the show has its ups and downs this is one of the more recent moments that really stood out to me. And also an element of the show that has carried over from a previous season in a way that wasn't forced or cheesy. I included an old interview of Darren from Rolling Stone from when he first starred in the role of Blaine he comments (well sings)  what it means to him and where he'd hope the story would go and for the most part it seems like he ha really had some input on the character as I feel a lot of the things he mentioned about the character and his relationship with Kurt have come to fruition. I just love what the show has done with this character and hope you guys do too!


**Check out both "Teenage Dream" performances after the jump!