Celeste and Jesse Forever Review: The Saddest Movie to Ever Have You Leave the theater with a Smile on Your Face! 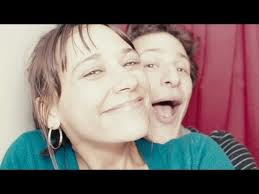 You know that saying, "don't judge a book by it's cover"? Well, if the trailer for Celeste and Jesse Forever made you laugh, cry and really feel something then you'll be happy to know the movie delivers the same effect and you CAN judge this book by it's cover, uh...so to speak.

Where to begin... there's so much I loved about this film that it's like choosing my favorite member or N'Sync (ok, it's Justin, duh!). But seriously, I really did like a lot of things about this film!

First off, I really hate when a trailer shows all the funnest parts in the trailer and then you see them in the film and well, they kind of blow...well, in Celeste and Jesse despite their being even funnier moments in the film, the one's from the trailer still worked really well.

The film which starts off with a couple who are separated and trying to remain friends really takes some twist that you don't see coming in the trailer and leaves you wondering what's next.  In a way Celeste and Jesse feels a lot like 500 Days of Summer where you're so busy rooting for this couple that the whole time you're blind to the fact, they may just not be right for each other.

The interactions between the cast are fantastic as well! Elijah Wood made me fall in love with him all over again.  I definitely forgot what a fantastic, fun and charismatic actor he is.  And Andy Samberg is really learning to walk that line between obnoxious man child and a caring likable adult unbelievably well as he continues with his career.

So I know I'm gushing about this film but of course this doesn't mean it is without flaws. Rashida Jones plays a 'trend forecaster' (is that even a real thing?!) which totally feels like cliche job a leading female in a rom com would have.  Although it is nice to see women being important and self sufficient in films' nowadays.

The film debut of Rashida Jones and Will McCormack as screenwriters is so brilliant because it feels so real.  And 'real' reality is something severely lacking in today's movies, especially rom coms.  The film makes you leave the theater wondering wow, is life really that sad sometimes?  And, are relationships really that hard?  But in a way that settling not upsetting because you finally feel like your not alone in thoughts and that if it weren't for the sad moments, there would be no happy ones.
Posted by Rach at 8:26 PM