From Glee to Gunslinger: Harry Shum Jr. in 'Already Gone'! 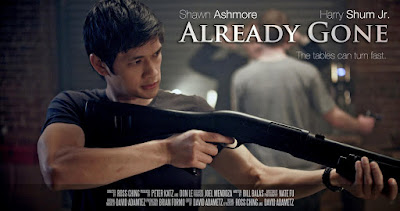 Now while most of you may know Harry Shum Jr. as the funny and super talented dancer, Mike Chang on Glee there's a badass side to this guy that shows up in his latest project Already Gone.  In the film Shum plays an accomplice to a man named Jude Mulvey played by (Shawn Ashmore) that has taken his fate into his own hands  and is taking out the bad guys head on!

What's really cool about the project brought to us by director Ross Ching and writer Bill Balas is that it's experimenting in how films get made. The short is a marketing tool utilized to gain interest in hopes of creating a Feature Length movie.

**Check out the film after the jump!