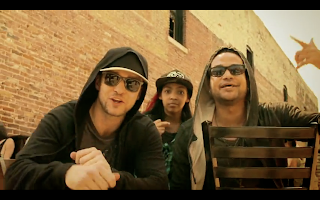 First, Boy Band member then solo artist, followed by actor...now director?? That's right folks the man who brought 'Sexy Back' now brings us music videos!  JT recently directed and made an appearance in the funky Hip Hop band FreeSol's video for their new single, 'Hoodies On, Hats Low'.  The band has also been featured on HBO's hit series Entourage as well.  Check out the video here! What do you guys think??