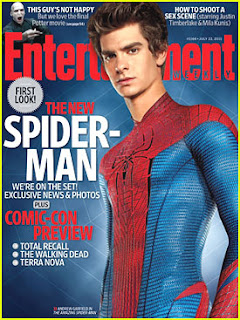 The star of the upcoming Spiderman Reboot The Amazing Spiderman sports his superhero get up on the cover of EW.  In his interview with EW Garfield talk about his new role and co-star Emma Stone.


On relating to Peter Parker:

“I always felt stronger inside than I looked on the outside, which got me into trouble. I related to Peter Parker so much because I felt like someone else inside. I loved the comic books and the animated TV series, and I even dressed up as Spider-Man as a kid. My brother was Superman.”

On checking out the first Sam Raimi and Tobey Maguire Spidey film:

“That rekindled everything. I bought a pirated copy on Portobello Road and watched it over and over with my buddy Terry. The action sequences were so expansive and breathtaking, with Tobey swinging through the air. It just floored me!”

“When I’m watching movies like this, if I don’t find something I can relate to story-wise and character-wise, it’s just a bunch of noise. You feel like a 4-year-old watching fireworks. With [director Marc Webb], you just know that the film will be grounded in reality.” 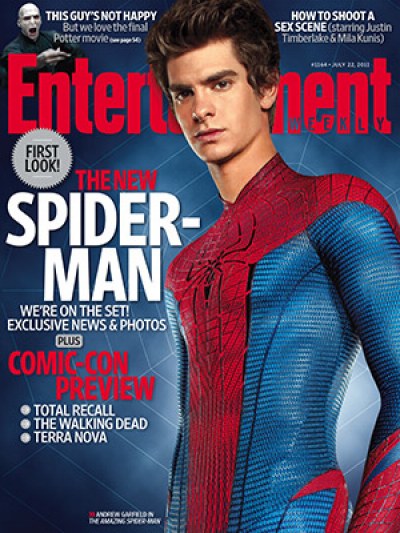