Even Kanye has 'Bieber Fever' 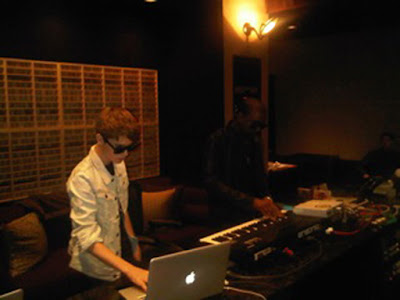 Despite the fact the this twosome were thrown together a while back to do "Runaway Love" it looks they have gotten along better than anyone would have guessed, with Kanye referring to Bieber as "my new beat protégé".   Kanye tweeted a pic of him and Biebs in the studio clearly working on producing some sweet beats.  The point was made that this duo could take Justin's music to another level being that Kanye is one of the best producers/beat makers out there, what do you guys think??