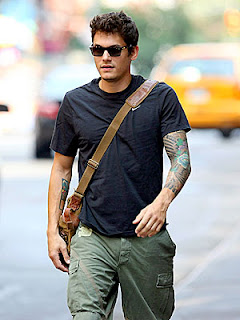 Although he tends to get further and further from the "No such thing" and "Your body is a wonderland" John Mayer that I fell in love with when he first came out I don't love him any less. And one thing that is for sure is that although he's gotten less poppy his talent and art have not suffered by doing so. Battle Studies is a great story abut Love: love you've lost, love you've thought you were in control of, love that you've never had before...and so on. Sure, he can easily be written off due to his good looks and "oh so charming" tweets; However, do not dismiss him. And although he may talk a lot of crap sometimes this man has the guitar and lyrical talent to back it up. And to add to his accomplishments check out a great article about the sales of Battle Studies thus far at e-online.

What does it take to be famous? 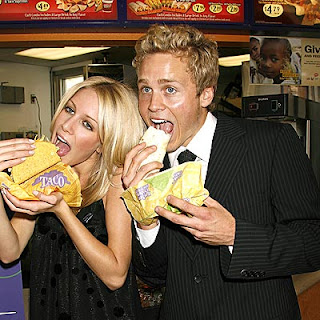 Apparently it doesn't take much of anything. Well at least that's what Heidi Montag and Spencer Pratt also known as "Speidi" seem to think. In their new book they will supposedly be teaching us how to acquire fame by doing next to nothing. Although I do not think there is much one can take away from the this book except for some amusing pics, however; One thing that is quite interesting is the idea that they have manipulated the media in a way never seen before. These guys you love to hate but cannot deny their intelligence when it comes to the media. These two have taken their love of fame and attention to a whole new level.  You'll see just what I mean...check out their interview with Jimmy Kimmel after the jump.

Just when I had written Katy Perry off...

So I love Pop music as much as the next person but despite the fact that I get lost in catchy lines and super sugary sweet pop beats I cannot deny that a lot of pop artists have a short shelf life and are not too versatile. I appreciate pop music for what it is... music that I sing at the top my my lungs when no one else is listening. And just as I had written Ms. Katy Perry off as SO last summer with her fantastically upbeat hit "I Kissed a Girl". Recently she did an unplugged set for MTV that changed my opinion completely. Her voice is soulful and captivating and stripping down her heavily produced songs to jazz beats or acoustic guitar truly showcases her talent. Hopefully you guys will agree that Katy Perry is the real deal.

Check it out here!

Up in Air trailer 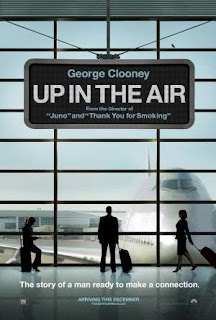 Once in a great while a film comes that defines our generation; Up in the Air is that film.  From director Jason Reitman (Thank You For Smoking, Juno) and starring George Clooney, this film encapsulates the tumultuous times we're experiencing today with a failing economy and having no direction.  The simplistic yet meaningful title says it all, things really are up in the air.  Although this isn't the most uplifting concept it is however, the most realistic.  Check out the trailer here!

Email ThisBlogThis!Share to TwitterShare to FacebookShare to Pinterest
Labels: George Clooney, Jason Reitman, Up in the Air

Fill your day with Glee 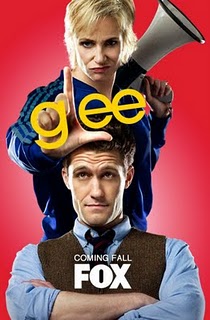 It's no surprise that a show from the creator of Nip/Tuck is well received; However, what is surprising is that it is not nearly as dark as Nip/Tuck. This oddball glee club is not only entertaining but also have personal lives that are just as interesting. Every character brings something special to the table. The other element of this show that I like is the mix of pop songs and show tunes. The bringing together of both makes for a truly enjoyable 40 minutes of television. So in case you're not one of the millions of viewers already watching hop on board the glee train and start watching! 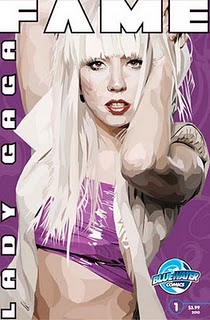 Just when I thought she could not possibly outdo her video for Paparazzi Lady Gaga brings us bad romance. What is so interesting about this video is that it resembles a short film rather than a a music video. It is very similar to Paparazzi in the fact that we start out with what seems like a typically love story. With Lady Gaga however, that is never the case! Her originality is astounding. Not only is the videos cinemetography captivating but the song it ridiculously catchy with great lines like, "I want your ugly / I want your disease / I want your everything / As long as it’s free." And no matter what she does, whether it be attempting to walk down the street without clothes or maiming and killing her lovers Lady Gaga always seems to come out victorious!

Weird but cool find of the week La Roux-Bullet Proof 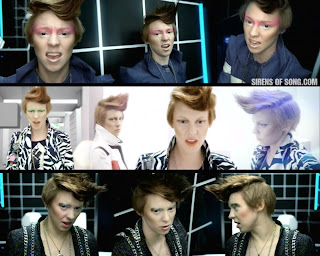 So I came across this song as I do most of my music... in between clips of The Hills on MTV.  Yes, I KNOW that's sad.  Despite all the disapproving looks I'm probably getting right now it is actually worthwhile music every once in a while.  Although MTV doesn't necessarily "do" music anymore, doesn't mean they don't have a few people around who still know a thing or two, like this UK electropop band La Roux and yes band even though you only see one person (Elly Jackson).  The beat maker (Ben Langmaid) behind the scenes refuses to be photographed or do interviews.
Check out the video here!