What to Watch During the Quarantine 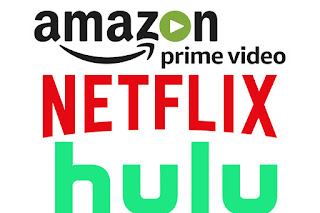 As we find ourselves in unprecedented times and stuck inside our houses for an extended period of time I wanted to offer a list of things I've been watching in hopes that it will get you through this very strange time and hopefully keep you from killing your significant other. Enjoy and stay safe and healthy guys! 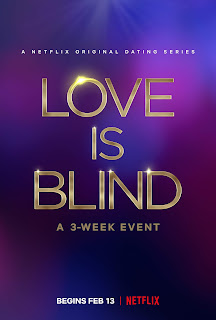 It's likely you all have heard of the Netflix reality show sweeping the Nation where people go on a journey to find love with someone they've never seen before. So of course I though, "What is this this nonsense?!" But after further review (several hours of wine and binge watching) I came to a much different conclusion, "This shit is riveting!"

Without giving away spoilers I truly enjoyed the narrative of each of the couples on the show. The show is engaging and such a different concept than anything we've seen in the reality space in a long time. What I also enjoyed about the show is that it kind of makes you pose those bigger questions in your own relationship such as, "What are you really looking for in a partner?", "What are your deal breakers?" and "What sort of future you envision with your partner?" I know, pretty heavy for a reality show right??!

So if you're looking for something to end your long days working from home with a glass of wine and just not think about the world ending  or to binge watch on the weekend since well, you can't really leave your home or apartment I highly recommend! 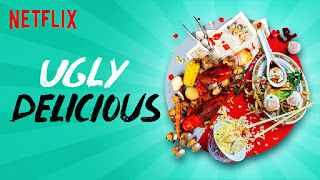 Whether you're a self proclaimed 'foodie' or not this series from Chef David Chang tells compelling stories about how food plays a much bigger role in our lives socially, culturally and shapes the people we are much more than we ever could have imagined. While I found the first Season a bit more engaging there is an episode from the recently released second season about Indian cuisine that really opened my eyes to what we consider 'real' Indian food here in the States and how we need to change our perspectives on what Indian cuisine really looks like.

What I love is that Chang as he stated previously on his podcast, 'uses food a a conduit to have bigger conversations'. In regards to that I also recommend his 'Breakfast, Lunch and Dinner' series also on Netflix. Particularly the ones with Seth Rogen and Lena Waithe. I also don't recommend watching while hungry, unless food delivery apps are still delivering in your area! 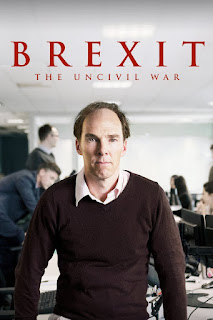 I watched this HBO movie a while back when I had a cold and found it pretty interesting. Obviously, this should have been a wake up call and foreshadowing to what was to happen in our Political sphere. In the film Benedict Cumberbatch plays Political strategist Dominic Cummings who leads a campaign attempting to convince British voters to to leave the European Union.

What I found fascinating was this idea of how easy can be to sway someone political when they are unhappy with the current state of affairs. Cumberbatch delivers a great performance and while the movie covers an event that will forever live in Political infamy it doesn’t get too bogged in the politics of it all but focuses rather on the emotional decision to leave the Europeans Union. 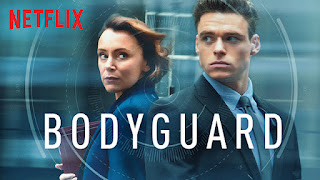 I also ended up binge-watching this series last year when I was sick. It action packed, a great story and extremely well acted. And I believe the lead actor on the show won a Gold Globe for his performance.  And no, before you ask it's not an adaptation of the 90's film starring Kevin Cosner and Whitney Houston (although I do love that movie...I will always love that movie). The series follows a former British military member who is hired to protect a member of Parliament who's in danger and trust me, the plot just gets wild from there!

I picked this out one evening on a whim and could not have been happier. The SNL member delivers a unique brand of comedy that is so awkward it's like-able. And I don't mean that it a rude way. Like it's truly endearing and feels real, which seems to be lacking in a lot of comedy these days. Davidson covers everything from hilariously awkward SNL moments, to his break up with Pop star Ariana Grande to losing his father in 9/11. Also, so random but for my peeps from Northeast PA there's a hilarious Poconos reference at the end of the show! 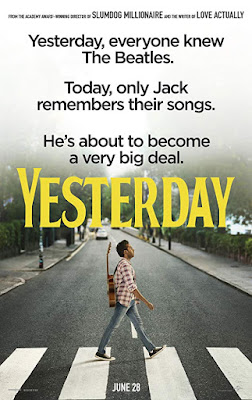 I mean, if you're looking to have some faith in humanity again with everything going on right now look no further then Yesterday! This feel good film from Slumdog Millionaire director Danny Boyle will certainly put a smile on your face. The film follows a struggling musician who, after a bike accident wakes up in a world where no one knows who the Beatles are. I know, hard to believe!! But the premise is solid despite sounding a bit far fetched. You'll sing along and root for this guy the whole time!