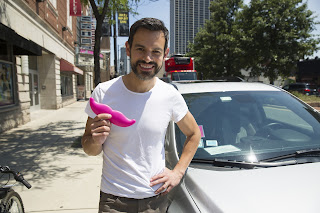 So would you quit your job that gave you a steady paycheck to pursue something that you were actually passionate about? Well that's exactly what former NBC journalist Anthony Ponce did! Ponce, who worked at the network's Chicago affiliate had become jaded by the cynical everyday news cycle and how someone's story was told. Anthony wanted to tell the story his way and getting passed over for a promotion was the final straw that pushed him in exactly the right direction that he needed to be going.  But I'll let him tell him fill you in on that...as he does so masterfully.

And that lead us to Anthony's podcast 'Back Seat Rider' where he drives around for Lyft interviewing his passengers and shedding light on all sorts of people from all walks of life and their stories. I recently had the chance to chat with Anthony about how this whole project came to fruition and what he's learned on the road.

Reality by Rach: How did you first get into to Journalism?

Anthony Ponce: I Graduated from College and started in Marketing right away and laid off. My friend and I decided to ride our bike across America. I was only 23. And during that process, seeing the country from that vantage point made me realize I wanted to do story telling, So I went to Journalism school at Northwestern and then started in a small market and worked my way up. At first I really enjoyed the work I was doing. However, after almost 10 years in Chicago  sadly, I got disillusioned with the product we were putting out. It felt like the news was becoming repetitive and formulaic.

RBR: So how did this lead to Backseat Rider?

AP: Well I continued to find myself on the tough end of reporting on crime and violence and eventually that wears on you. I got to a crossroads where I felt like if I got my own show that I would feel better about things. When the opening came for me to move up, I didn't get the gig. It was actually as much of a light bulb moment rather than disappointment. It made me realize that my passion just wasn't there. And it was time to pull the trigger on something else. So I did some soul searching. I began thinking about ride sharing and started to think, 'hey that wouldn't be such a bad gig!'. And I thought, 'Wow, I've had some great conversations with my Lyft drivers!"

RBR: So was it easy to begin having conversations with people?

AP: People actually wanted to talk to me! I would say about 90% were willing to open up and have a conversation!


RBR: Did the fact that you knew you were going to be Dad weigh on you making this decision to step away from your career?

AP: Well, my wife has been super supportive throughout this whole process. So we decided  that we've give this whole thing about 6 months to see if anything would come of it. And very quickly, we realized it was gaining momentum! And amazingly I got a deal pretty quickly with Podcast One. So I'll be producing a whole years worth of shows' with them!

RBR: Were you surprised at how willing people were to open up to you?

AP: At first, yes! But then it occurred to me that people are eager to share. As a culture where social media is so ingrained in our lives sharing has become more acceptable. And because of this I don't think I catch people so off guard. And not having a huge camera recording them makes it not so intimidating. The's no high stakes interview pressure. And I also think it helps that the interviews are anonymous so people don't mind opening up more.

I also think that aggressive listening is the key to to good interviewing. Because it allows you to have the right follow up question. So what I do, is I let my natural curiosity take over. And I think people really appreciate someone who wants to listen.

RBR: What do you hope to achieve with this project?

AP: I want this podcast to show that we're all connected and that we all have a story to share. And I really hope to bring that out. True connection is easy to achieve. I really enjoy connecting with people because you can always learn from someone.

RBR: What have you learned about yourself through this whole process?

AP: I think I've learned that I function best in a tight structure.  And now in this new situation I have to create a new structure for myself. I feel like I'm just now starting how to figure this thing out! Also, I think we have all these ideas of what we should be doing and we have these big dreams that we want to follow and the thing is, just pull the trigger! It may seem overwhelming but in the end if you just do it, it's pretty easy! It's not as hard as we make it our ourselves.

RBR: Where do you see this journey taking you next?

AP: Hopefully next we will be doing a visual component of the show! 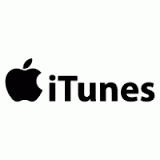