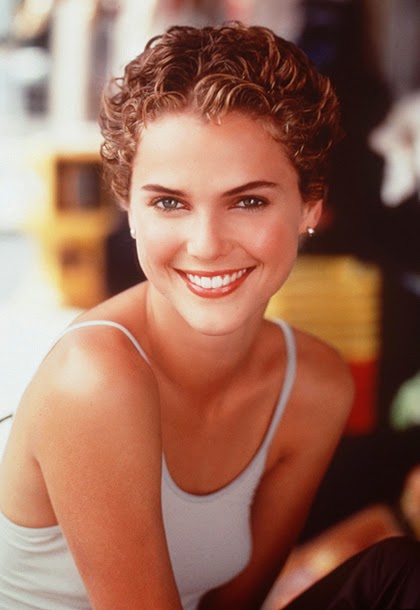 So, I was going to get my hair cut, no big deal, or so I thought.  I headed over to the hair salon but something felt different from the second I walked in the door. I sat down in the chair and started to chat with my stylist, Kim.

"So, any big plans coming up?" Kim asked casually.
You'd best believe it, Kim! I'm going to go get some tacos after this and watch a marathon of Gossip Girl, I thought to myself. Subconsciously, however,  maybe I really did have some major changes in store.
"Not really," I responded.
"So, what are we doing with your hair today?"
I had planned on just getting a trim but out of nowhere I responded, "Something different." I said with a hint of excitement in my voice.
"Have you had your hair short?"
"No, not even shoulder length."
"Well, how short are you willing to go?" asked Kim.
Instantly I thought of my past pulpy television history and asked, "Did you ever watch Felicity?"
"No, heard of it though," she told me airily.
Come on Kim, really?!  Honestly, who lived through the 90s and hasn't seen the 'angsty' drama-packed show with the girl torn between two guys, who ultimately learns more about who she really by the end of the whole?  If you read that sentence, though, I guess you don't need to.
"Oh, great show from the 90's" I casually reply, hiding my shock and disappointment  as best I could of my hair dresser's lack of pop culture knowledge.   I pulled out my phone and scrolled through some pictures of Keri Russell's infamous haircut for Felicity showing Kim the look.

About 15 minutes or so later, I put my glasses back on and when I looked in the mirror I didn't recognize myself, but in the best way possible. This was more than just a haircut, it was a statement. Cutting off all of that dead, lifeless hair not only brought my hair back to life but also reinvigorated my soul. It gave a new outlook on the world around me as well as who I was. Who knew a haircut could be so liberating?!
So I guess, in the end, what I'm saying is be brave, take chances and conquer things you might have a fear of doing. Look out world, there's a new Rachel around and she's here to shake things up!

Even more interesting to me, are the ideas behind a woman cutting her hair. It's one of the first things someone notices about her. A sign of great beauty, right? When I was thinking about writing this post I did a little google search to see how it's perceived in the media when a woman cuts her hair. Damaged. Unbalanced (a polite way of saying crazy). Defying standards of beauty. Displeasing to men. Whoa! A little harsh eh, google?? SO why this backlash to women cutting off their locks?  Does it switch power roles in a relationship because the woman feels more confident and embolden by changing so drastically? Are we still so stuck in old fashion stereotypes of how men and women should look?? Well if these articles I've linked to say anything, it is that we are.. But I think, why, is the bigger question. These things are taught just like anything else. Yes, cutting my hair was emotional and not just about a hairstyle, but that doesn't mean I'm trying to make some 'man hating' gender defying statement. Those who know me well know that I can be impulsive and this was one of those moments and I'm so glad I did it. No going back. So let's open our minds about what is beautiful. At the end of  the day real beauty radiates through us from within. So let's fix how we feel inside and not only will the world see you as beautiful but more importantly you'll see YOURSELF as beautiful. 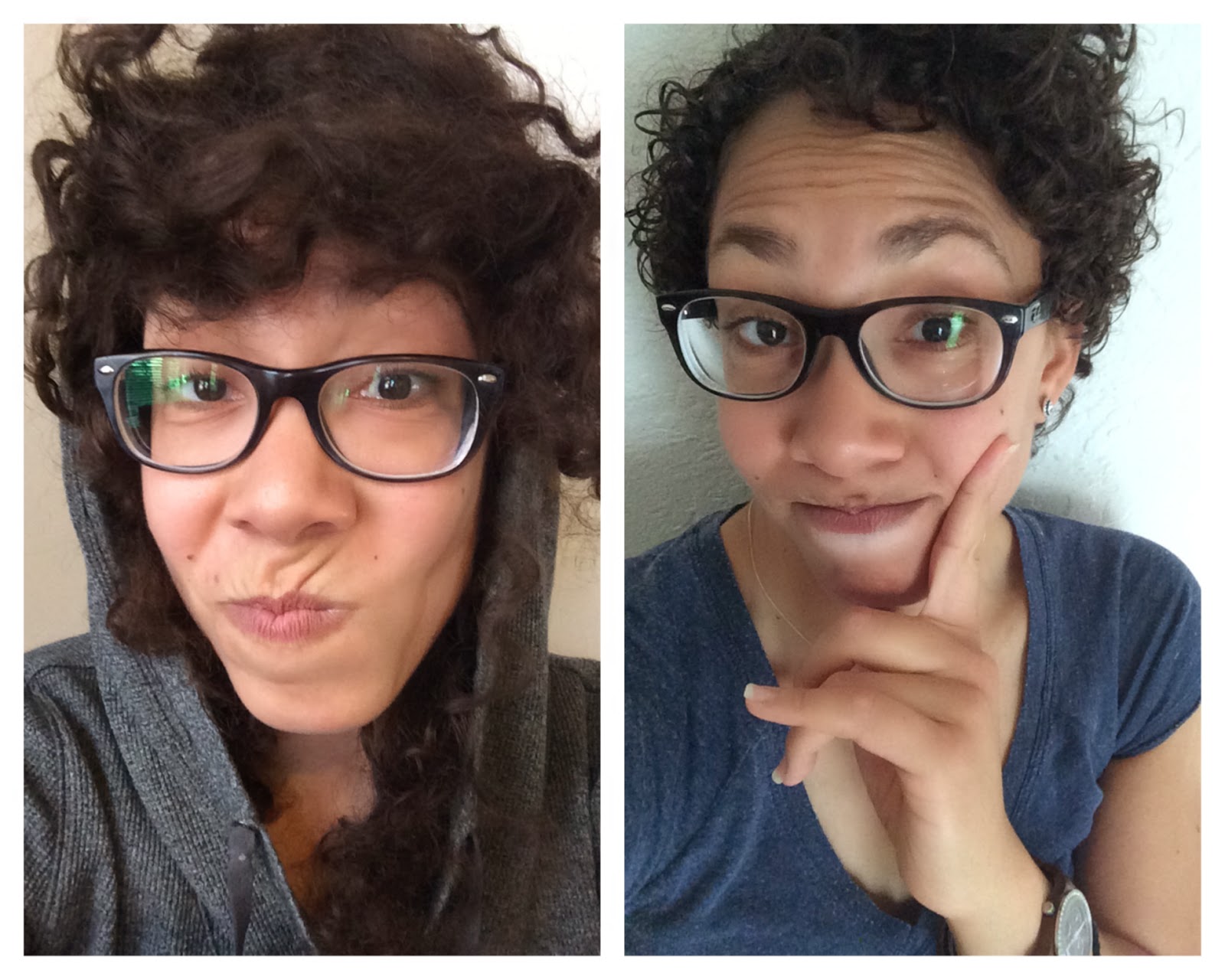