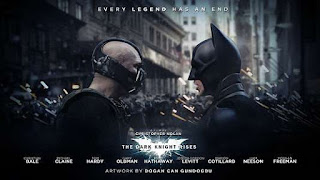 So it's FINALLY here, after all the bootleg copies we have our first official copy of the Dark Knight Rises trailer! And I must say, I am ABSOLUTELY blown away (pun intended)! Bane sounds amazing and for all you Anne Hathaway haters you're gonna have to eat your words because she looks brilliant in this! And being in Pittsburgh while they filmed was incredible and seeing these shots in the trailer from the area was such a HUGE pay off!

**ALSO check out some fun posters for the new Batman movie after the jump!

Glee Brings some 'FUN' to the iTunes Charts! 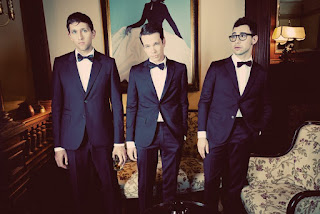 Despite it's EPIC fandom of gleeks out there (myself included) there are still plenty out there who despise EVERYTHING Glee! Is it the perfectly quaffed hair do's? The synchronized dance numbers? Or how you feel that they 'ruin' every classic song they touch? Well, whatever that reason may be I hope this will change your mind about the show! Okay, that's wishful thinking. At least I hope this will make you appreciate the power of mainstream media and the effect it can have to bringing unknown music to the forefront.

On their recent episode Hold Onto Sixteen they featured a song by indie band Fun titled We Are Young. And later that week it catapulted the amazing song brought to us by the new band of Nate Ruess, the former front man of on of my favorite bands The Format to the tops of the iTunes charts.  Check out the acoustic version of the song here!  And check out the Glee version and radio version of Fun's after the jump!

Email ThisBlogThis!Share to TwitterShare to FacebookShare to Pinterest
Labels: Fun, fun we are young, Glee, Glee Hold Onto Sixteen, glee we are young, Janelle Monae, music, Nate Reuss, popular music, The Format, We are young 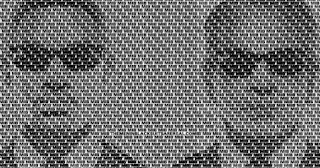 Um, so I am shocked to admit this is not NEARLY as horrendous as I thought it would be! The trailer for MIB III has finally dropped and it hops right back in where it left off; with tons of witty remarks from Will Smith and insults and surly looks from Tommy Lee Jones. I think this looks super fun and look forward to seeing it if the whole film turns out to be as fun as this trailer; which also features Josh Brolin who plays a young Tommy Lee Jones so that definitely means there will be some time travel involved! 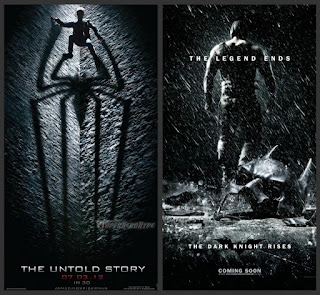 New posters for the upcoming The Amazing Spiderman and The Dark Knight Rises were recently released and reveal dark depictions of the upcoming superhero flicks.  Now we've always known that Nolan's Batman movies have been grittier and focused more on realism but now it looks like the Spiderman reboot will be taking a similar approach.  The black and white shadowy images really pulled me in and I must admit, even got me a little more excited to see the new Spidey flick!

Emma Roberts is, 'The Girl with the Tramp Stamp Tattoo' ! 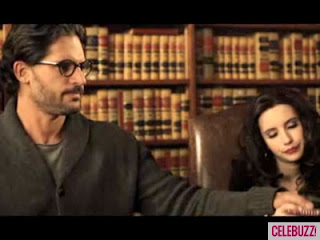 This was by far one of the funniest things I've seen on Funny or Die in a LONG time! And what surprised me even more was that it was Emma Roberts providing the laughs in this spoof on David Fincher's upcoming film The Girl with the Dragon Tattoo starring Rooney Mara and Daniel Craig. In the skit True Blood's resident Werewolf,  Joe Manganiello plays the straight man alongside Roberts.  I could stop laughing, especially comparing side by side with the uber serious Fincher trailer!  What do you guys think??


The Girl With The Tramp Stamp Tattoo from Emma Roberts

Former Teen Idol Teddy Geiger takes a turn at Being a Grown Up! 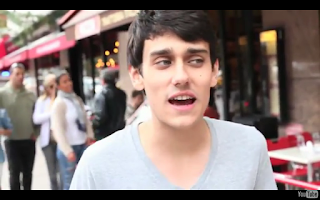 A lot of you may remember "For you I Will" the breakout hit song from the 17-year-old a few years back. Well now Teddy is back and with a lot less hair!! Teddy is putting out a new album comprised of a whole  new sound. He is raising funds by offering fun incentives to his fans in order to make this happen. I'm definitely diggin' the grown up Teddy what you you guys think??

Email ThisBlogThis!Share to TwitterShare to FacebookShare to Pinterest
Labels: Pop Music, Teddy Geiger, Teddy Geiger For you I will, teen idols

My Interview with Ben Kendrick Editor of 'Screen Rant Underground'!

Ben Kendrick, Editor of Screen Rant Underground as well as their podcast host and I had the chance to chat about the sites' rising podcast as well as some interesting movie and tv suggestions he gave me. Check how Screen Rants' Podcast got it's start and why you should be listening dammit!

How did the Screen Rant podcast first come about?
We'd talked internally about starting a podcast for some time. Vic had dabbled with an audio blog back in 2007 but stopped after the sites started to get pretty busy. Our readers had been asking us for some time to really step into that arena and, finally, I just pulled together Rob, Anthony, and Kofi for some practice sessions in the heat of the summer movie rush and we started recording. There's actually a couple hilarious episodes that haven't seen the light of day yet (Green Lantern, Transformers: Dark of the Moon, as well as True Blood) - we've talked about releasing them once we're in a solid groove but they're a little over the top. So, time will tell. Ultimately, we just spent a lot of time talking about what would be useful to our readers as well as what would be fun for us to talk about. Then we took a few basic staples of entertainment podcasts (news, recommendations, and reviews) as well as added our own flourishes (the box office battle and GR news brief). I expect the show will continue to evolve but, once we felt like the episodes were hitting the marks that we wanted, we went live at the end of August with our Fright Night episode - which, as Rob mentioned in the opening, was kind of a ridiculous movie for the kick-off.

What goes on behind the scenes of putting a podcast like this together?
Once we established the basic format, and had my friend Omarie Williams put together some music for us, the actual weekly production of the cast is now pretty routine. We'll decide on a film that we can to discuss and I'll pull box office numbers as well as some news stories that were hot during the week. If one of the panelists happens to be away, or otherwise unavailable, I'll check with our industry friends or other SR writers to see if they want to fill-in. We tend to approach the cast as a conversation among friends - we all work shoulder to shoulder on the sites so we have a report but we're also really active with our readers in the comments of our articles and on Twitter, so we also try and make the conversation as accessible as possible. Even though we're pretty savvy when it comes to knowledge of the industry, we want the podcast to be fun for movie-geeks and casual filmgoers as well. Once we finish up recording, I usually spend the next morning editing and tweaking things - mostly removing a few of Anthony's crazier discussion topics. Kidding, kind of.