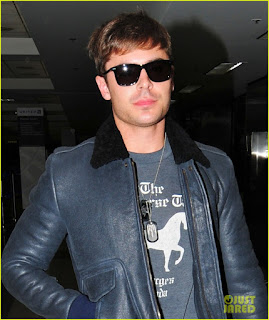 After much talk about the forthcoming Nicholas Sparks' novel turned movie The Lucky One starring Zac Efron is finally set to come out this Spring and we get our first look at the beefed up as Zac a returning Marine. Yes, this sounds like Dear John, yes the film has that washed out plain look to it that every other film that is part of the 'Sparks Collection' has, but none the less I cannot resist this film! And this is just the start of the "Zac Attack'. You can catch him in New Years Eve Dec. 9th and Paperboy which wrapped just a little bit ago where he stars alongside Nicole Kidman. Check out The Lucky One's featurette here!

**Be sure to check out the movie poster after the jump as well!

Darren Criss' 'How to Succeed in Business' Poster! 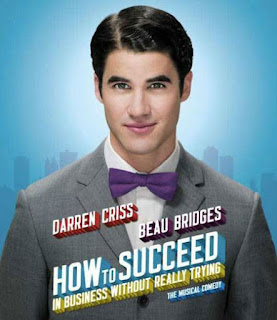 We recently got our first look at Darren Criss portraying J. Pierrepont Finch, the lead in the Broadway hit musical How to Succeed in Business without Really Trying. Criss will be replacing Harry Potter star Daniel Radcliffe. While Radcliffe  is bringing great energy to the show and has had an amazing run  thus far on the show it will be fun to see someone like Criss,  with such a big voice and musical background playing the part. What do you guys think??


**Check out a side by side comparison of the two guys' posters after the jump!

Who Knew Adam Levine was so Damn Good at Yoga! 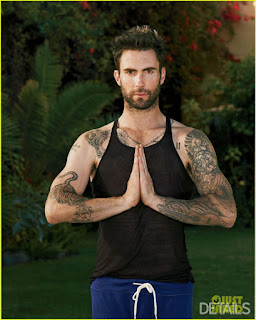 Recently the lead singer of Maroon 5 did a little Yoga Session with Details magazine at their photoshoot for his new interview with the Men's Fashion Magazine. I was genuinely surprised at how good he was!!! You definitely get the vibe that Levine has been doing this for a while now and truly enjoys it. Check out his yoga session with the magazine here after the jump!

Glee Dodges Past Season's Mistakes...Season 3 Turning out to be one of the best yet! 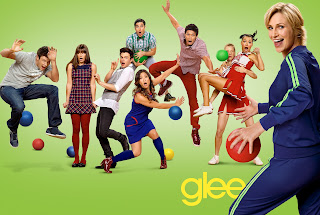 So since I took a break from doing weekly reviews from Glee I thought it'd be fun to recap this thus far since a hell of a lot has happened!  But where to start??  I feel like Glee is one of those shows where you have to link things together from episode to episode and where things from the past are often brought back up; so it's easier to evaluate the show after a handful of eps rather than only one episode at a time.

So where to start?? I think the best place to begin is with the addition of Glee Project winner Damian McGinty as foreign exchange student Rory who's from Ireland.  Now while I love Damian's charm and personality  it's been a few episodes and he still not quite working for me on the show. I think the problem with Damian lies in the fact he is the Glee newb and really seems it next to all the vet that have been working on the show for quite some time now. I'm definitely willing to give the kid a little more time but really hope to see some great stuff from him. 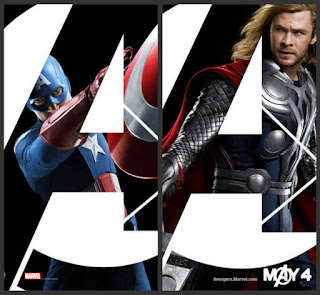 A new set of official movie posters for Joss Whedon's upcoming Avengers' have recently been released and they're pretty badass! I really love the placement of the logo and think it was a great choice. It DEFINITELY has me pretty pumped to see the movie! What do you guys think??


**Check out more photos after the jump! 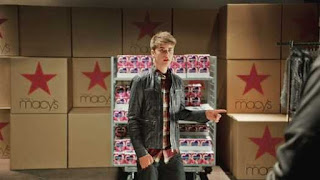 Justin Bieber is getting everyone is the Holiday Spirit by doing a Macy's 'Black Friday' commercial. With his new single "Under the Mistletoe" is playing in the background Justin even has the guys screaming for him in this new Holiday commercial. It's super funny, so hope you all enjoy! 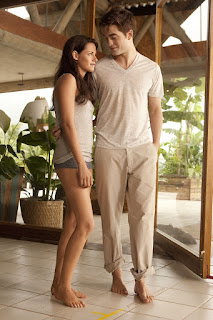 In honor of one of the most highly anticipated films of this year coming out at the end of the week I thought I'd share some photos from BD Part 1! I was pleasantly surprised at how much the photos really captured the moments they were in and I really enjoyed that.  However, no Taylor Lautner (sorry Team Jacob peeps)!

**Check out MORE photos after the jump!

Harold and Kumar get us High on the Holiday Spirit! 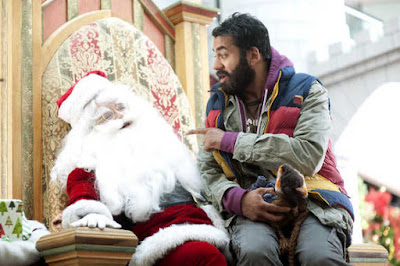 So I must admit at first glance of the trailer for A Very Harold and Kumar Christmas I wasn't too excited for the third installment from the pot smoking duo. Sure, it looked fun and all but nothing too exciting. However, I am pleased to say that after seeing it last night that my expectations were surpassed and I actually had a lot of fun at this film.

Okay, I know most of you are probably pretty pissed about the whole 3D thing. Sure it's a gimmick and it's used to raise ticket prices and make more money but having a weed smoke ring blown into your face form Kal Penn that turns into a Christmas wreath with the films' title is pretty badass!

The movie picks up a few years down the road from when we last left the guys. We find Harold and Maria married and Kumar and Vanessa have split due to his immature ways.  Kumar is still up to his old tricks and sadly and surprisingly, the guys are no longer besties which allows us to meet to new characters. Kumar's neighbor Adrian play my Amir Blumenfeld and Harold's new buddy Todd played by Thomas Lennon of Reno 9-1-1.

The  plot of the film revolves Harold and Kumar burning down Harold's father-in-laws Chritmas tree that he has brought all the way with him to Harold's home to decorate which is bad news bears for Harold since his father in law seriously hates him!

Throughout their mission to find the tree the guys begin to re-kindle their friendship and OF COURSE run into NPH! Unfortunately, this was my least favorite appearance from the star out of all three of the films. While the majority of it was funny (poking fun at his relationship with real life partner David Burtka) they depicted Neil a little bit too creepy in this one for me and made it less enjoyable seeing him this time around.