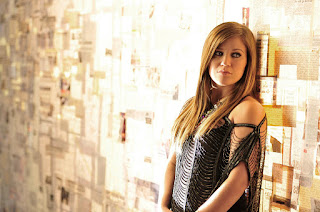 Kelly Clarkson has returned with her new single "Mr. Know It All" off of her upcoming album Stronger.  In the video Kelly finally addresses all of the criticism she has received in the media over the past few years.

I love the idea behind the song and the video, however, the only disappointing thing about the vid is that it's shot in a way that disguises Clarkson's 'bodacious bod' with close ups from the shoulders up and distance shots. It's clear this is done in a way to hide her 'curviness'. This is something we often see done with Adele who is another beautiful, bigger woman. It's no wonder that girls and women in today's society still form body issues. It's a shame that after all the progress in Entertainment over the year that this still happens. Alright, alright...I'm done. Enjoy the music!