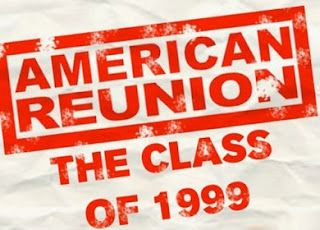 The original cast of American Pie is back together again for an a new installment of the hit teen franchise.  And although the cast are no longer playing teenagers the plot of the film have grown with them. In the latest one An American Reunion the group gets back together for their High School reunion. Here's a  sneak peek at the cast in a photo booth montage which features the song song used in the original film back in 1999. The photos are pretty cool and definitely made me nostalgic for the the first AP film. If done right, this last one could turn out pretty good.  What do you guys think??

Source: Just Jared
Posted by Rach at 8:36 AM