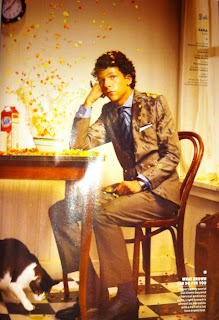 In the upcoming August issue of GQ Eisenberg chats with the magazine about his new film 30 Minutes or Less with Aziz Ansari and also what he'd be doing if he wasn't acting!  Check out MORE cool photos and part of the interview after the jump!
Source: OhNoTheyDidn't

It’s a crap day in Manhattan, gray and cold, with the kind of indecisive mist that turns a person from dry to wet without quite justifying an umbrella. Jesse Eisenberg is talking at auctioneer speed and bouncing his feed to an imaginary house beat at the bar of midtown restaurant. If, in The Social Network, his Mark Zuckerberg was almost reptilian in his impassivity,the actor’s real-life persona is more along the lines of a charming mouse: twitchy and quick, with the wary posture of a prey animal. “I cried every day of first grade,” the 27-year-old says, explaining his peculiar sensitivities. “In class. Which meant I ended up getting comfortable emoting in a place where it wasn’t norm.”He looks at the ground, where we notice a red helmet. Wait - did he bIke all the way to midtown in the rain?


“I’d probably be a bike messenger if I weren’t doing this.” Eisenberg says.

“This” is acting, which Eisenberg loves and excels at. But “this” also comes with some prickly side effects, such as the girl currently mashed against the window with a camera phone.He says he often feels like Big Bird when fans approach him.

For this curly-haired man with normal-size biceps in Hollywood, the Big Bird comparison isn’t unreasonable. It’s also a quality that serves Eisenberg well in 30 Minutes or Less, in which he plays a pizza-delivery boy who’s kidnapped, strapped into a vest of explosives, and instructed to rob a bank before the vest detonates. Freakishly enough, the plot is based on an actual incident. The real-life victim died; in the movie version, Eisenberg survives. (It’s a comedy.) As with all routines evoking tragedies of the recent past, we have to ask: Is it too soon?

“The truth is, our movie is so different -” Eisenberg reconsiders. “Yeah. I didn’t know there was a germ of a story attached to it. Um. I don’t think anybody did, except the writers.”It’s a silence [?] answer, and Eisenberg’s ability to project this sincerity goes a long way toward explaining his on-screen appeal. Here at last, a viewer thinks, is a man who will never slide into cashmere underwear or convert to Scientology. Hollywood needs its lovable maladapts like it needs heartthrobs, and in rare cases, the two may even overlap.

By the time Eisenberg is ready to pedal home, the damp air has transformed his hair into cartoonishly precise ringlets. 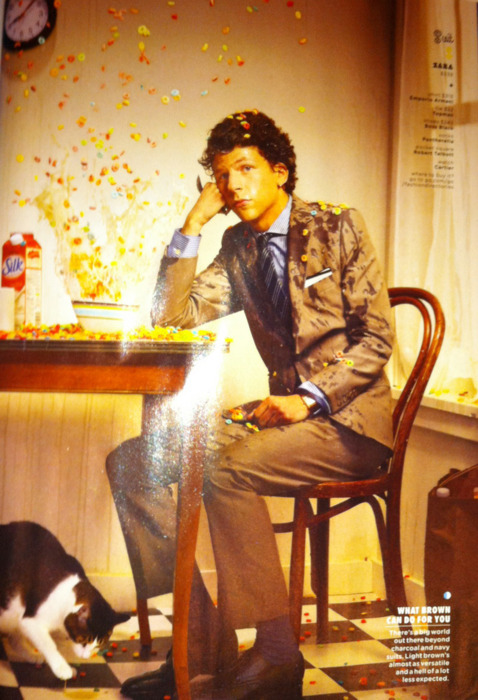 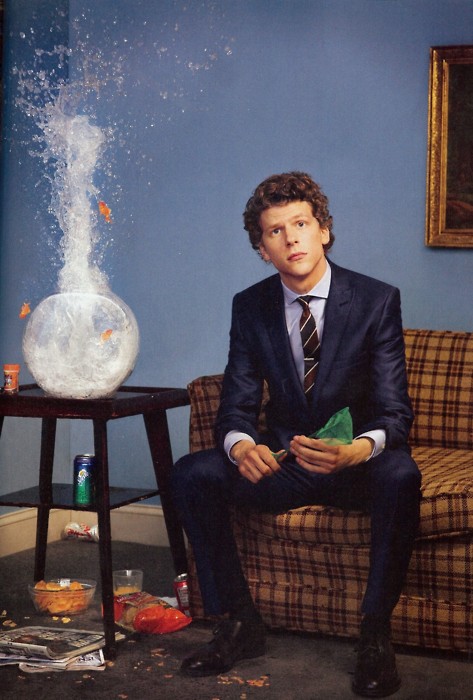 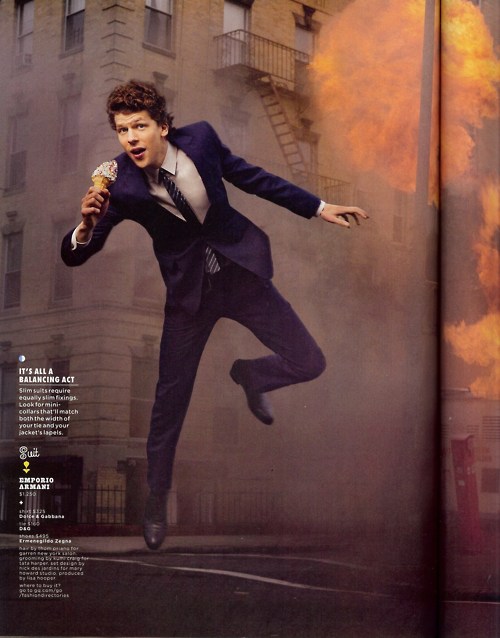 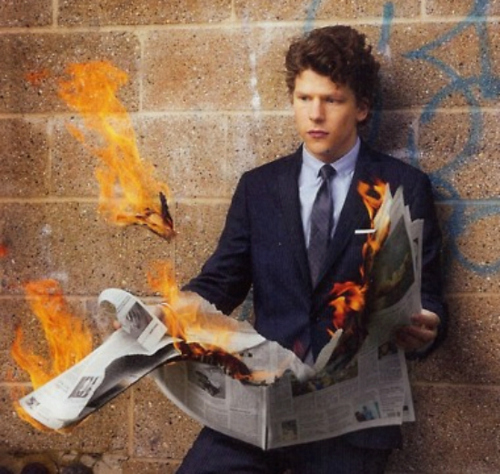