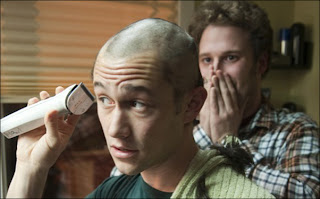 JGL and Rogen play two friends who battle against cancer in their latest film 50/50.  JGL character ( a young, healthy, nerdy type finds out that he has cancer) and his good buddy played by Rogen helps his to cope with the traumatic situation.  Now most likely this is going to have you bawling your eyes out but with Rogen along for the ride be prepared for a lot of laughs as well! Rounding out the cast is Anna Kendrick (Twilight, Up in the Air).  As uncomfortable as an issue like this is to deal with I think that the movie handles it in the most realistic way possible. The plot is loosely based on the life of the film's screenwriter Will Reiser.  What do you guys think of the trailer??