Will Smith on Set of MIB 3 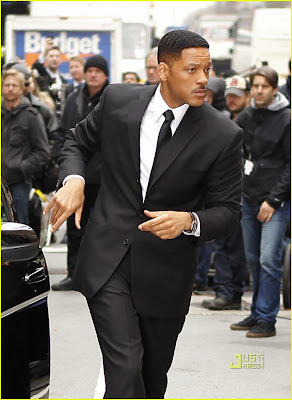 Smith was all smile on the set of the third installment of the Men in Black franchise being filmed in NY.  He even took time to snap some photos with fans between filming.  The film has original MIB director, Barry Sonnenfeld returning to direct Smith, Tommy Lee-Jones and Josh Brolin who will be a young Jone's character when time traveling occurs.  MIB 3 will also be shown in 3D and is set to hit theaters next Summer.  Now that all of that's out of the way, feel free to continue singing "Here come the men in black" as I know it is  now on repeat in your head!

*More photos after the jump! 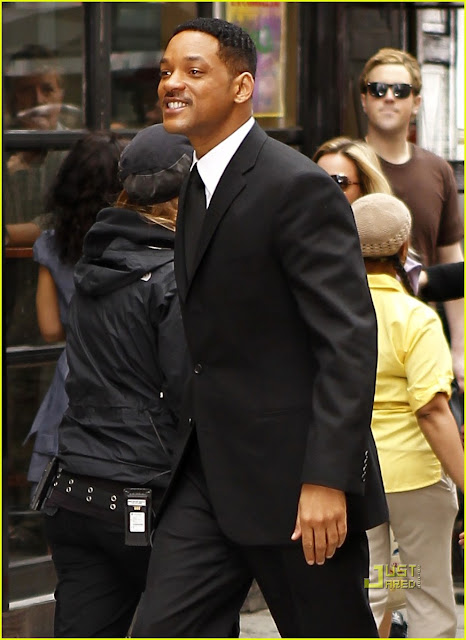 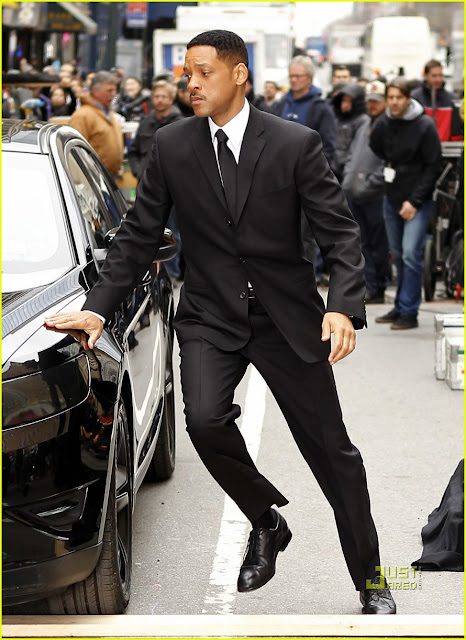 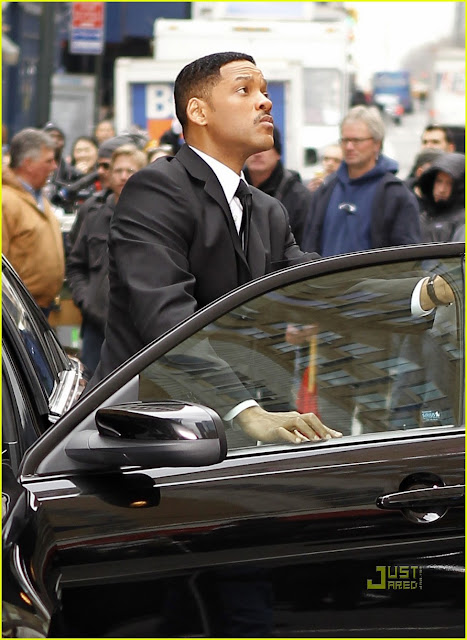