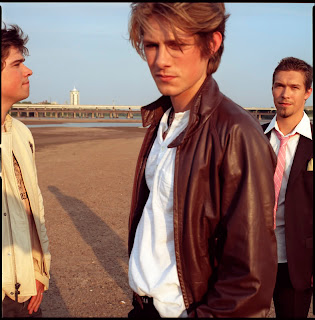 One word comes to mind when I think of Hanson; 'Mmmbop'...is that even a word? Now, though, after being in and out of the music scene for the past few years, I can think of a couple of words to describe them...pretty. darn. good! Despite the fact that they started as your "run of the mill" pop band, one thing that always set them apart was that they played their own instruments. Once they grew up the content of their music and their ability as musicians grew as well. Recently, I was introduced to their cover of "Optimistic" by Radiohead off the Kid-A album. Since I consider Radiohead by far one of the best bands to come out of the 90's, I do not say this lightly when I say Hanson holds their own with this cover. And apparently I'm not the only one that thinks so. Revivl Music New and Feature agrees


Check it out for yourself!