My Interview with Broken Anchor! 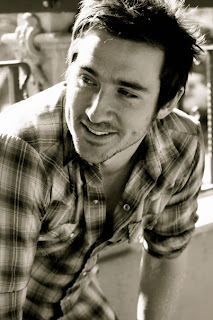 Broken Anchor rocks hard and plays even harder. Frontman Austin Hartley-Leonard is charming and charismatic and his raspy vocals really draw you into each song. So check out my chat with the hilarious, talented, bean and cheese burrito loving Austin of Broken Anchor!


So at first listen, I get a vibe similar to Bruce or more recently,The Gaslight Anthem, just wondering who some of your musical influences are?

I certainly love both The Gaslight Anthem and Bruce, I bought "Nebraska" in college and it changed me pretty profoundly. But I equally love Built To Spill, Son Volt, Wilco, The Beach Boys, The Hot Snakes, that first Pete Yorn record, Flying Lotus, Dianogah, Ras G


I absolutely love the music, especially 'Never Leave me Alone' . Such a great song, and much like the other songs from 'Broken Anchor' so chill and easy to listen to and rock out to at the same time. I can just put this on and listen to it on a road trip FOR MILES (Sun shining, wind in my hair sort of deal)! With that said, what did you have in mind when putting together songs like this? Is this how you pictured people listening to your music?

I really had no notion as to how people were going to receive the music...but if you told me "Never Leave Me Alone" had inspired a massive food fight followed by a group make-out....I wouldn't be bummed ;)