'Cloud Atlas'..The Return of The Wachowski's with a MORE confusing film than 'The Matrix'! 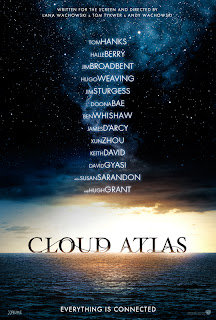 Although I'm not quite sure what to make of the debut trailer of  Cloud Atlas,  the latest film from the Wachowski's (The Matrix Trilology, Speed Racer) based on the novel by David Mitchell. The novel revolves around a group of individuals interconnected throughout different time periods.  Throw in some clones for you Sci-fi lovers out there  and you've got the biggest 'mind-fuck' since Inception as of recently and it predecessor The Matrix. In the film we see iconic actors such as Tom Hanks and Halle Berry portray different versions of their characters in each time period. Other than that knowledge I highly recommend watching the trailer as it is too confusing to explain anything else!   Let me know what you guys think over on the Facebook page!!


Photos after the jump! 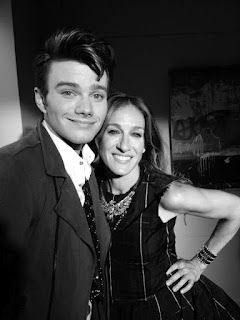 Just when I was getting bored on Twitter, Glee/American Horror/The New Normal creator Ryan Murphy joined making it interesting again. As if the guy isn't busy enough working on and promoting three  shows this Fall, he has somehow found time to talk about ALL of them on twitter as well! If his tweets are any indication it seems as though Murphy has a clear and well defined idea of where he wants each show to go.  Murphy is also sharing fun pics from the shows and also a first look at a teaser for Glee Season 4! What do you guys think?! Let me know on the RBR Facebook page! Also, you can follow Ryan on twitter @MrRPMurphy . Check out more pics and the Glee Season 4 trailer after the jump!