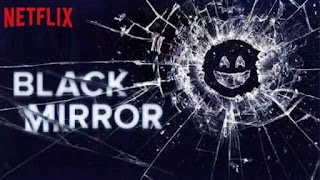 Netflix's 'Black Mirror' has returned for another season and is once again tackling how technology is affecting how we live our lives but also diving a bit deeper into human emotion and family dynamics. In the first episode of the new season, 'Striking Vipers' we see a man who moves to the suburbs with his family struggling to find his place in his new setting.


In the episode we see Anthony Mackie play a character who has made the move to suburbs with his family. At a barbecue to celebrate his birthday his best friend drops by to surprise him with a VR video game called, 'Striking Vipers'. A few days later the two friends the two hop online to play the game. What starts out as two friends taking part in a friendly 'Street Fighter' style game turns into the two men having an affair through their characters in the game.

Eventually, there is a breaking point where Mackie's character's wife calls him out and ask if anything is going on since he has been less than attentive to her lately. Of course he denies going outside their marriage. He then tries to cut ties with friend and swears off the game. Fast forward and the two men end up getting into a scuffle in the middle of an alley which the cops ultimately break up.At this point it's believed that off camera Mackie finally reveals to his wife what's been going on. And in the end it turns out they keep their family together and even have another kid. However, there is one caveat, that each year on his birthday he gets to meet up with his friend in the game while his wife gets to go out and pursue other suitors.

I wanted to take just a moment dissect the episodes ending. There's just so many layers to take apart in its final moments. The first that came to mind was this saying my Dad always told me, 'You can't be black and good. You have to be black and better." To me this sentiment really rang true in the families decision to stay together rather than pursuing other partners. There's so much pressure to live up to societal expectations that we often compromise what truly makes up happy. 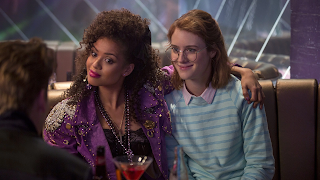 I also thought about how LGBTQ issues are often left unaddressed in the black community. Especially for black men. There's seems to be this pretense that opening up about your sexuality emasculates you. While there may be so much further to go in this conversation I applaud the series for at least having it and executing it to the best of their ability.  Honestly, it may be one of my favorite episodes next to the shows' wildly famous 'San Junipero' episode.