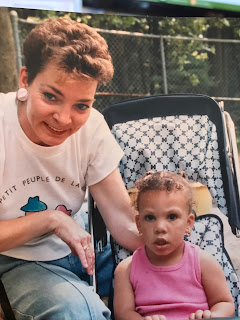 Talking about grief is never easy. Perhaps that's why we don't talk about it. I mean like at all. For me, I think it was always this fear that I projected onto to others that I would make them sad if I talked about how I felt. It turns out, the only person I was hurting was myself. I don't think I ever fully realized the toll that losing both of my parents so close together would have on me. 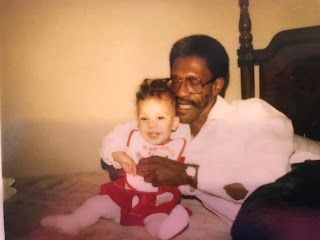 But then suddenly I had this huge epiphany. This sort of WTF moment where I realized that it was finally manifesting itself. I was having panic attacks, feeling overwhelmed ( oh yeah, that's anxiety) and somehow had been living in my own time warp as I had no real grasp on how long ago they had passed away. But now I can say, as hard as it is that it's been seven years without a Dad and four without a mother. Which is wild because to be honest I didn't think I'd still be standing once they were gone. When the two people that brought you into this world are gone how can you feel that you still exist?