Daniel 'Cloud' Campos Finds the Beauty, and the Beat in the Space Around Him! 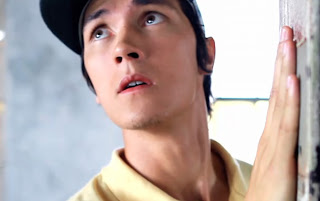 Daniel 'Cloud' Campos (Step Up 3D) has directed, written and starred in a short film titled The Music Box.  What I love about the video is that it really showcases this awesome industrial space.  The video starts slow and really explodes in the the end! Campos describes the video as a,

story of a kid, in search for a new apartment rental, who comes across a place that has actually chosen him. When a place speaks to you, you have no other choice but to play along with the tune,”

This is such a cool concept and Campos' fun dance moves are an AWESOME touch!  What do you guys think??